Introduction This page focuses on practising designers and designer/makers (1) who create contemporary furniture in Canada and the United States (US). The emphasis on North America (NA) allows for the compilation of manageable lists of designers (see below) and answers to questions about how we define "design" and "contemporary" here, compared with other regions, particularly Europe.

Categories The inclusion of designer/makers (2) reflects furniturelink's long-standing support of sustainable local manufacturing and belief in the importance (and somewhat uniqueness) of this sector in NA. Designer/makers tend to be full-time creators of mostly home furnishings. Writing in 2000 in Contemporary American Furniture (3), Marisa Bartolucci, now creative development director at Cultureshock Media, states the motivation for young American designer/makers as "a yearning to create desirable, intelligent, honest, necessary and reasonably affordable furnishings." By contrast furniturelink's "practising contemporary designers" lists include a large proportion of studio-based "industrial designers" who tackle furniture projects (often office furniture) alongside a wide range of other consumer product commissions.

furniturelink provides additional content about the history of industrial design in Canada and a searchable gallery of images of Canadian designs and designers, 1945 to 1985.

Definitions What is good design ("good design" defined as synonymous with "contemporary design" or "modern design")? For decades the answer to this question has been the holy grail of design commentators. In the 1950s architect and curator Edgar Kaufmann Jr. answered, "The best its designers produce" (in any period). In the early 1980s industrial designer Dieter Rams contributed his 10 principles. In the 1990s design critic Alice Rawsthorn makes several observations but omits a precise answer.

Criteria To compile the list of designers for this page, furniturelink's publisher (see About Us) — with over 50 years' experience as a furniture designer, educator and retailer — used criteria (in addition to nationality and Web presence) that reflect his personal definition of "contemporary." Without the credentials of the observers listed above, furniturelink defers on a written interpretation and suggests instead that readers "reverse engineer" (4) the listings. By scanning designers' work in the four tables, readers will discern furniturelink's aesthetic and ecological values that collectively represent a definition of "contemporary" (with apologies for designers overlooked).

However, Stephen Burks, founder of Readymade Projects in New York, describes much of today's Canadian- and American-designed home furniture (notable exceptions include Bensen, Bernhardt Design and Blu Dot) as stuck in a time warp of "bad overstuffed La-Z-boys." (5)

More damning evidence of this "dearth of design" (to paraphrase Alice Rawsthorn) can be found in the 2009 quote from Greensboro, NC–based furniture industry consultants Anderson Bauman Tourtellot Vos (ABTV): "Style changes [in the US furniture industry] can trigger demand, but wood furniture styling moves with glacial velocity. In the last 50 years, casual styling has moved from Colonial to Country, a short trip, and formal styling has moved from early 18th-century to late 18th-century reproductions." (6)

In 1993 the late American artist Donald Judd (who designed furniture in his later years) recognized this predominance of "traditional styling" in the NA marketplace as "junk." He placed the blame on consumers looking for "status" through furniture "invoking a higher [sense of] class." (7)

Solutions What can be done to solve the conundrum of why "traditional" defines the North American domestic furniture marketplace when consumers eagerly adopt the "design-led" products of companies such as Apple? The answer could be in convincing the consumer to become less "indifferent to the category" (8) — through industry-sponsored marketing initiatives, more design-led programs in high schools, new products spawned by incubator centres and recent furniture design graduates promoting innovative, well-made and affordable ideas (see education).

(1) Also called designer/builders in the US.

(2) Includes only designer/makers who produce furniture in multiple quantities; excludes producers of one-of-a-kind contemporary furniture such as fine furniture makers, craftspeople and artisans. This sector is served by the following websites (not restricted to contemporary producers): Furniture Society, Behance, Custom Made.

(3) American Contemporary Furniture by Marisa Bartolucci, Cathy Lang Ho, Raul Cabra and Dung Ngo (2000) remains the most current book about designer/makers in America, though many of the designers cited are no longer in business.

(4) Reverse engineered defined as deconstucting an object (the list) to see how it works (what it means).

(6) The American Furniture Industry: What Will It Take to Survive? page 3.

(8) The American Furniture Industry: What Will It Take to Survive? page 4. 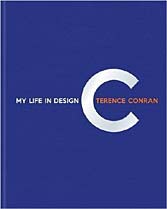 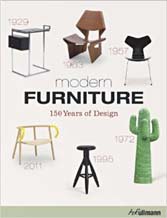 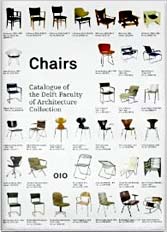 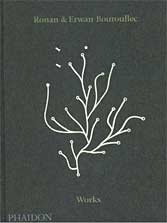