Echoing Rodney Dangerfield's famous complaint, "manufacturing gets no respect," especially from society's key decision makers. Advocating against this prejudice, a 2012 report from the American Brooking Institute (1) states, "Manufacturing provides high-wage jobs, is a major source of innovation, is key to reducing our trade deficits and makes a disproportionately large contribution to environmental sustainability."

Yet from 2000 to 2009 manufacturing's share of the American economy fell from 13.2 to 8.9 per cent (2), a downturn that caused employment in the American furniture industry (repeated in Canada) to drop more than 50 per cent over 13 years (3). Studies mostly attribute outsourcing to China and other Asian countries (to capitalize on lower overhead and labour costs) for the decline.

Do cultural demographics also play a role? Evidence shows a bias in North America against those who make and design products. North American high school students who opt for technology education (design and technology in the UK) over academic streams often experience the university-bound elite labelling them "losers" and derogatively appending the term "shop" to their programs. furniturelink's education page documents a similar negative attitude toward design and manufacturing programs in post-secondary institutions over the last decade, especially at US and UK universities. Our corridors of power also mirror the same prejudice — can the reader name a top-level politician with a design or manufacturing background?

On a more positive note the potential exists for rectifying this bias in the near future. In 2000 Chinese labour costs tallied three per cent of those in the US, in 2010 nine per cent and may reach 17 per cent by 2015 (4). Add to this China's much lower productivity rate and rising trans-Pacific shipping costs, and "re-shoring" of furniture production increasingly makes economic sense.

The Brooking Institute report offers the German economy as a model for North America to emulate, stating, "They have integrated policies in R&D, finance, and labour that promote innovative, high-wage manufacturing (5)." The chart data (below) clearly demonstrates the results of Germany's policies, with its manufacturing GDP almost double to North America and German workers significantly better paid.

To ensure the success of North American manufacturing repatriation, government and academia must put aside their fear of making. They must establish design, marketing and R&D support programs run by innovative managers with adequate funding and the authority to act. Interviewed in 2013 by MIT Technology Review, Autodesk’s CEO Carl Bass stated that outsourcing to Asia had allowed "manufacturing and design [to get] divorced from each other" and that "if you get too divorced from making the product, you don't understand how to improve it." (8)

Finally, the importance of all concerned working together in networks (also termed clusters) can't be over-emphasized, whether this takes the form of "traditional" organizations or the more recent forms of "virtual" networking.

Traditional Many books, papers and websites explain the benefits of industry networks/clusters, incubators and cooperatives (see side bar). They exist in a range of developmental models from large geographic areas with minimal integration (like South Carolina) to highly integrated groups of SMEs in Canada, Italy or Poland

Virtual The last few years saw the expansion of social media networking beyond the ubiquitous Facebook, LinkedIn and Twitter to the development of more specific furniture production and marketing initiatives. For example, Spain's AIDMA Technology Institute researches an e-Manufacturing network; companies like Open Desk and AtFab distribute digital designs to local fabricators to reduce energy consumption and allow for customization by exploiting parametric CAD software; and emerging designer/makers now raise development capital through equity crowdfunding in Canada and on numerous websites worldwide such as Indiegogo and Kickstarter.

(1) Why Does Manufacturing Matter?, Brookings Institute, 2012

(7) StatsCan, Manufacturing Employment in Canada (percentage of total in 2009) 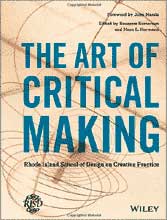