The Furniture Society conference (held at Purchase College in New York State) offered something for everyone interested in furniture making. From step-by-step how-to workshops demonstrating traditional techniques, such as Wood Bending with Michael Fortune and Making a Chair with Brian Boggs, to cutting-edge 3-D CAD and CNC machining demos.

Panel discussions included such topics as education, marketing and environmental wood use. One that I found most inspiring explored the topic of limited production with panelists who had started as one-person outfits and expanded to larger organizations. All the issues involved with expansion were discussed. 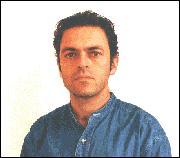 The conference also featured an exhibition titled "Survey of North American Contemporary Furniture." The title is inappropriate as the show was limited to what the Furniture Society calls "Studio Furniture." I am not sure of the exact definition of this term but I believe it refers to one-of-a-kind furniture made in small production studios. I don't recall seeing any production work in the exhibition. Although hastily organized, it was a diverse show of exquisite work. Pieces that stay with me two months later were a chip-carved, black-dyed Imbuya chair by Kristina Madsen and a knock-down table by Gord Peteran. This piece made me think of some nineteenth-century James Bond gizmo. Also, coming back to me now, was a hideous, carved, wooden head. It was hollow and open at the top. Inside were stored some contemporary art magazines. The title of the piece was "No Brainer" (I can't remember the name of the artist). The piece seemed to reflect animosity relating to the debate about the art versus craft political battle, a topic explored during one of the luncheon discussions.

Unfortunately, the architecturally inhospitable and geographically isolated character of Purchase College did not offer a lot of opportunity for social interaction once the day's events had ended.

There was discussion of holding the next conference on the west coast, maybe in San Francisco. I look forward to attending.