A review by John Bird

On May 20, I was part of a group of furniture designer/makers from BC that descended on New York City to experience the International Contemporary Furniture Fair (ICFF). Sponsored by the BC Woods Specialty Group (BCWSG) and the Federal Department of Foreign Affairs and International Trade, we were able to partake in the quintessential show for contemporary design in North America.

Some of the heavy hitters showing included B&B Italia, Flex Form from Italy, Vitra from Switzerland, and late-entry SCP out of London. The United States was well represented by Herman Miller, Dakota Jackson (all wearing white), as well as the up-and-coming Dune.

Even though the big names were very evident (i.e., Italy had two full rows sectioned off from everyone else and was very glitzy), this was still a show for the small, independent designer/manufacturer. Showing very well for Canada were Vancouver's Martha Sturdy, HOM Design, Brent Comber, Judson Beaumont, Up & Down Productions, Edmonton's Pure Design and Hot House, and the new design pair Speke and Kline from Toronto.

* The ICFF is an international showcase of designers, manufacturers and representatives of contemporary furniture and accessories held annually at the Jacob K. Javits Convention Center in New York City. When the ICFF began in 1988, it was known for its crafty approach to home decor. Now in its thirteenth season, it is considered the place to show for North American and European designers. The next exhibit will be held May 19-21, 2001.

Vancouver furniture maker/designer John Bird is a graduate of Parnham College in Dorset, England. He creates contemporary West Coast designs using second generation (recycled) materials. John's work is an interesting combination of new and old, and every piece reveals a glimpse of the wood's previous life.

Talking with the Canadian exhibitors, I found there is an underlying opinion that a lot of good design is coming out of Canada. We can exploit this attitude because we have no limitations or expectations of our relatively new industry and it lacks the "old school" attitudes commonly found in Europe. In Canada, we have a blank slate to do anything we want.

The main realization that I brought back from ICFF is that we, as Canadian designer/manufacturers, are in an amazing position to seriously challenge the traditional "big players" from Europe and the United States. The cost of getting our product into the U.S. is minimal compared to the Europeans'. And when the difference in our dollar is factored in, manufacturing in Canada out-competes the United States.

All said, the ICFF was a great show to attend to get a handle on what is being produced elsewhere and to understand the competition, and at the same time let the world know about our products. It was very inspirational, educational, and, as Frank put it so eloquently, " . . . if you can make it here, you can make it anywhere. It's up to you . . . ." 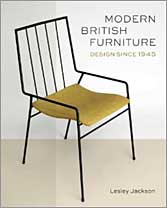