Although many "educational" videos available online are amateurish and boring, furniturelink offers a selection that are informative and worth watching as the "top 15" in three sections: designers talking, originating and greening.

To view any video click the image. As links on this page become obsolete, furniturelink will add new content. Image copyrights belong to the director/producer credited. 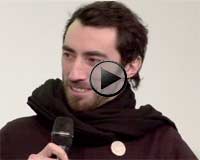 This Dezeen interview with Italian designer Harry Thayler describes his upbringing in Italy, prototyping his single piece of metal chairs and studying at the Royal College of Art in London. 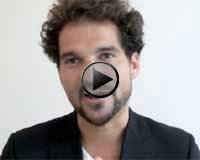 Interviewed by Deezen at the London Design Festival, Spanish designer Jaime Hayón introduces furniture he designed for London-based design house Sè. He explains how he is inspired by meetings with people and producers across Europe who become Hayón's idea "laboratory" encouraging him to perfect the details important to his work. 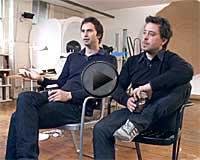 The UK's Design Council interviews Edward Barber and Jay Osgerby, who opened their London studio (BarberOsgerby) in 1996 and created furniture designs and other products for a wide range of clients including Cappellini, Established & Sons, Isokon Plus and Vitra. 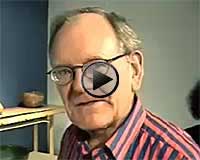 Renowned British furniture designer/maker John Makepeace describes two of his pieces on display at SOFA in Chicago: a solid ash 10-drawer chest that accentuates the depth and pattern of the grain and his Millenium chair made from laminated holly wood. 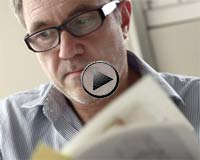 Filmed by Juriaan Booij for design brand De La Espada this interview of British furniture designer Matthew Hilton talks about his working with wood and how his love of photography informs his designs.