Imagine you're a modern furniture design devotee heading south from London's Hampstead Heath station on a grey September day. Turning a corner in the road, you come upon your destination — the gallery in the Lawn Road flats, also known as the Isokon, looming "like a giant liner" (1) as resident Agatha Christie noted, walking home on the same road in the 1930s.

Working together, Pritchard and his wife, Molly, financed the Isokon development and wrote the design brief. Architect Wells Coates "bowled [them] over" (2) with his plans for Britain's first reinforced concrete modular flats. 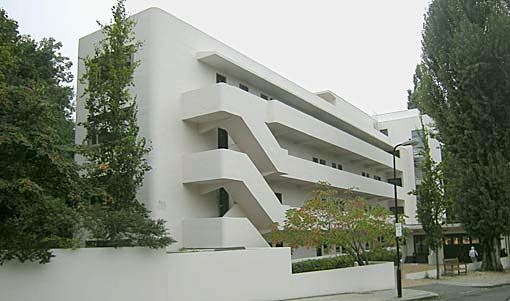 In 1972 Camden Borough Council purchased the dilapidated building and funded the total renovation in 2004. On July 9, 2014 — the 80th anniversary of the building's inauguration — they opened the Isokon Gallery in the building's former garage. (3) John Pritchard, the Pritchards' grandson, and Matt Cohn, Coates's grandson, attended the event.

Avanti Architects (the same firm responsible for the building's restoration) designed the exhibition space, open to the public on weekends from March to October. (4) The gallery presents the Isokon's history in storied wall panels, with details of the building's construction and notes about its famous occupants. Visitors can appreciate the residents' daily lives through photographs of the mostly built-in furniture Coates designed for the flats (see texts and links in the sidebar). They can also examine one of the compact, pre-renovated kitchens on display.

A self-described entrepreneur, Pritchard graduated in economics and engineering from Cambridge University in the early 1920s. After a stint with the Michelin Tyre Company (where he learned about ergonomics and market research), he joined the London-based Venesta Plywood Company in 1925. Venesta, a sister company of the long-established Estonian plywood furniture company Luterma, (5) enabled Pritchard to immerse himself in the developing 1930s Modern Movement in Europe. At this time a new wave of architects/designers began working with plywood and laminated veneer. Pritchard's first meeting with Coates in 1928 revolved around the architect's comprehensive use of plywood for a retail store interior in Cambridge.

Pritchard travelled extensively in Europe for business and his work with UK's Design and Industry Association. This led him to commission Le Corbusier architectural practice to design Venestra's exhibition stand for the 1930 Building Trades Exhibition in London (it mainly displayed Luterma products). The next year Coates competed in a field of 175 entries to win Venesta's design competition for a building trade exhibition stand in Manchester. Serge Chermayeff, Maxwell Fry and C. F. A. Voysey also entered their designs. (6) 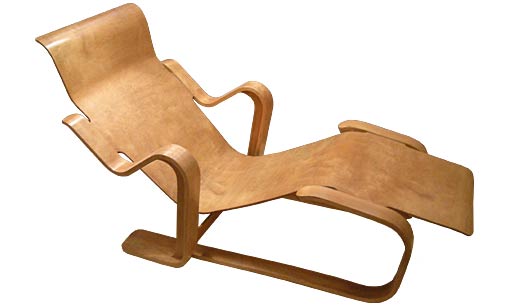 Construction problems, aesthetic issues and payment disputes at the Lawn Road flats caused Pritchard and Coates to part company in 1934. This prompted Pritchard to leave Venestra in 1936 and manage the various Isokon building development companies and the Isokon Furniture Company (7) (founded 1935) as a full-time occupation. The furniture venture appointed Gropius design director in 1935 and Breuer principal designer soon after. The company also marketed PEL and Finmar furniture and the Venesta stool manufactured by Luterma.

After Gropius left for America in 1937, closely followed by Breuer, Pritchard worked with Viennese architect Egon Riss (also a wartime émigré and Lawn Road tenant). Together they developed the Donkey bookcase but sold only 100 units before the war cut off materials from Estonia and put the company into hibernation in 1939. 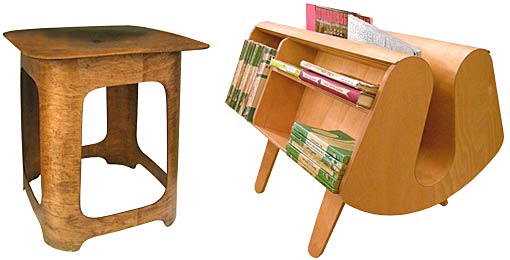 Following his wartime service, Pritchard became director of the UK Furniture Development Council. He kept this position until his retirement in 1963, when he embarked on the first of several short-lived ventures to revive the Isokon Furniture Company that included a redesign of the Donkey by Ernest Race.

These attempts culminated in the transfer of rights to the original 1930s designs into the capable manufacturing hands of Chris McCourt of Windmill Furniture in 1982. They now produce and market the classic designs and more recent designs from Barber & Osgerby, Shin & Tomoko Azumi and Michael Sodeau under the name Isokon Plus.

Before leaving the Isokon gallery, modern design enthusiasts can invest £1 in the Hampstead Trail brochure. It lists an astonishing collection of nine modernist residences (including the work of architects Ernö Goldfinger and Maxwell Fry). Trail followers can visit most of them in a two-hour walk after waving farewell to Christie's liner and Pritchard's legacy on Lawn Road. 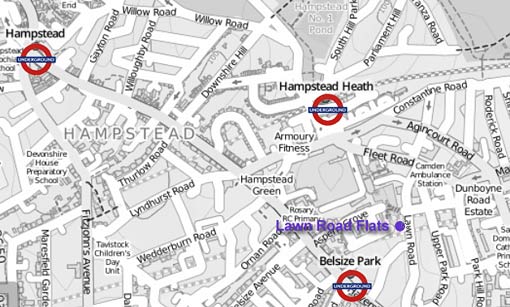 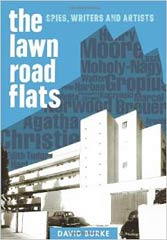 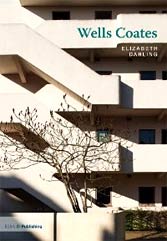